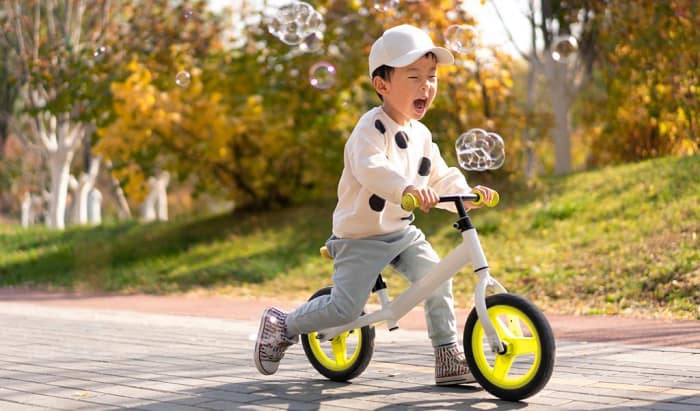 The infant year is over, and since your child is facing the beginning of his/her toddler years, you would want to open doors for infinite possibilities. One of the best things you can introduce to your child is a bicycle. Using push bikes or balance bikes are the best way to familiarize your child to pedaling, balancing, and moving to a specific direction.

Push bike is a great way to learn locomotor skills at an early age. But, what is a push bike exactly? How does it differ from a regular bicycle?

Read on to find out more.

A push bicycle is simply a balance bicycle. The term was used by the Department for Transport in the early 1900s in the UK to refer to bicycles.

Adult push bikes became an issue of concern after Joseph Pennell of the Romance of the Cyclists Touring Club suggested that the use of the ‘push bike’ is a derogatory term for ‘bicycle’.

Push-bikes are being used to teach children to learn the basics of riding on a bicycle.They are used to let children learn how to transition from a training bike into a regular bicycle without even using the training wheels.

It also offers the experience of using a regular bicycle because of its two-wheel structure. Push bikes offer the same experience but with a much higher safety level.

Why Push Bikes Are Ideal for Children

If you want to introduce your kids to the world of bicycles, there are several options in the market – training bikes with stabilisers, tricycles, bikes with sidecar and push bikes. Among these three, push bikes offer the ultimate biking experience.

However, push bikes do not come with pedals like tricycles and training bikes. They also lack chain, hubs, and brakes that are normally found in a regular adult bicycle. The design of a push bike is very basic because it only teaches the child to learn how to balance.

A kid will ride on the bike and an adult will push it to propel forward. The kid can also push the bike forward using his/her feet. Push bikes usually have a low seat to let children’s feet plant nicely on the ground.

With the use of their feet, they can put on some force on the ground and enable the bike to come forward. This is how kids can initially learn to use a bike. They can keep control of the machine using their feet.

As they learn the basics of navigating the bike, they can keep their balance without their foot staying on the ground. For longer distances, your child will learn to balance through push bikes.

Within a few weeks using a push bike, your child can transition to a regular two-wheeled bike. By this time, the kid will now learn how to pedal.

Moreover, here are some of the benefits of using a push bike:

Things to Consider When Buying a Push Bike 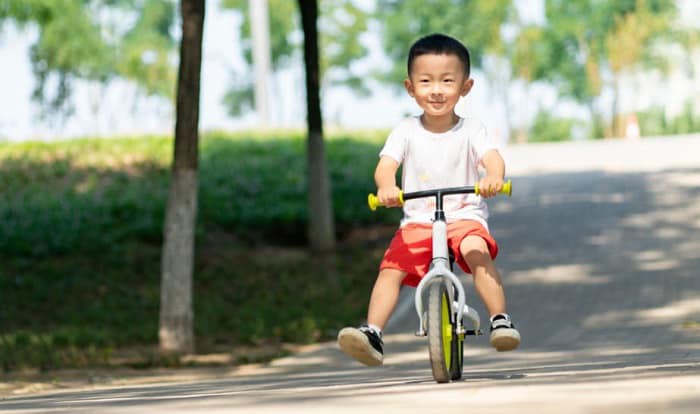 Since your child will initially learn to cycle, the first thing you must consider is comfort. It is important that you pick the right size of push bike for toddlers. It will make it easier for them to control and navigate.

Read the manufacturer’s age recommendation, and pick the right push bike from there. Make sure that your child’s feet can sit firmly on the ground when riding on the bike.

Material and construction equate to safety. It is important that the push bike for kids is made from durable and solid material. This way, you are guaranteed that your child will not get hurt just by riding the bike.

The material also corresponds to longevity. Even when your child frequently uses the bike, it will not deteriorate so easily.

This may not be a primary concern for parents. But the design speaks a lot when it comes to children. For a baby, solid and vibrant colors would spark interest and encourage them to use the bike often. You can also opt to use an electric push bike.

Where Did Push Bikes Come From? 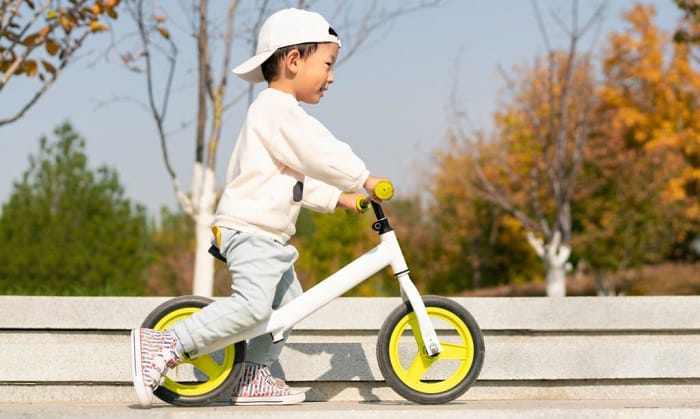 Push bikes were initially used in England in the 1900s. Pushbike UK is a mode of transportation used by the Department of Transport during this period. The term push bike first appeared in the Oxford English Dictionary in the 1900s.

Where Was the Push Bike Invented?

Push bikes or bicycles first appeared in Germany and France. Karl von Drais was the person responsible for the invention of this equipment. He introduced a two-wheeled and steerable machine to the public in 1818. It was initially called hobby-horse or dandy horse.

Furthermore, check this video to know what is a push bike and how to teach your child to ride a balance bike:

Bicycles evolved in so many ways. From a basic bike to electric bikes nowadays, we see growth in the cycling world. Nevertheless, for those who are amateurs or want to know the basics of cycling, specifically balance, push bikes will always come to mind.

Today, push bikes are for children and toddlers who are being introduced to the joy of cycling. Push bikes are one of the most excellent tools to learn how to balance at a young age.