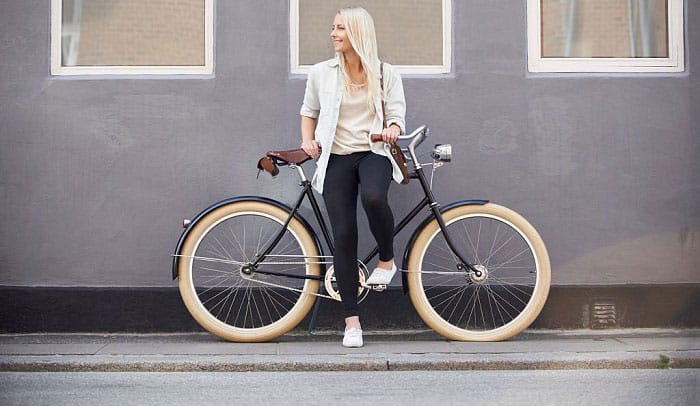 Buying a bicycle can be pretty confusing especially if you have any idea on what gear to use. You will be torn between using a single-speed bike or a fixed-gear bicycle. Both of them are quite similar, and it is essential to determine their significant differences.

Both gears are lightweight, affordable, and simpler compared to multi-gear models on the market. However, you will still find noticeable peculiarities between the two. Single-speed bikes normally have a freewheel cog that can rotate independently on the rear wheel, while fixed gear or fixies have a single-gear ratio and lack a freewheel mechanism.

A single-speed bicycle only has a single-gear ratio. It lacks several bike components like derailleur gears and hub gearing. You can find these types in BMX bicycles, cruiser bikes, commuter bikes, and single-speed mountain bikes.

It is also one of the most common and older types of bicycles. Single-speed bikes have only one gear joined to the cog which enables coasting. This kind of gear allows you to ride downhill or move on momentum without exerting too much effort on pedaling.

Coasting means you can let your feet rest, especially in areas where your bike can run on its own. This type is not as versatile as multi-gear bicycles, but single-speed bikes are ideal for cyclists who drive on regular terrain. 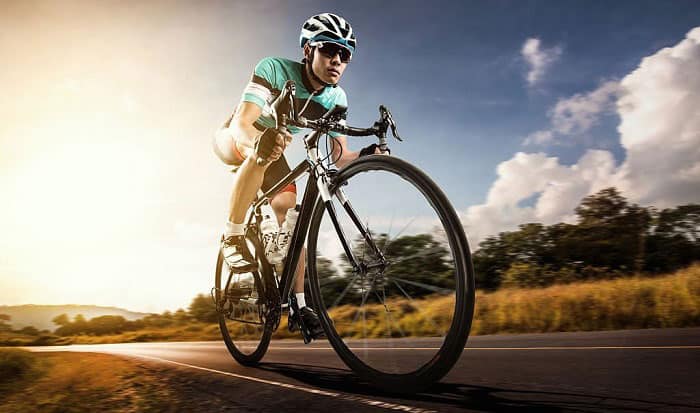 Meaning, the pedal will move continuously given that the rear wheel keeps turning. With fixed-gear bicycles, you can make the bike pedals your main brakes. You can easily exert force on the pedal if you want to stop biking. This kind of bicycle also lacks brake levers on the handles.

A fixed gear bike is ideal if you love doing stunts and tricks with your bicycles. Given that the cogs are permanently fixed, the pedaling is highly dependent on the movement of the bike itself. These bikes are perfect to use in parks, too.

With this type, you can be more experimental with your bike. You can move your bike backward and they are good for close track racing. Fixed gear bicycle also gives you better speed, power, and great synchronization with your bike. 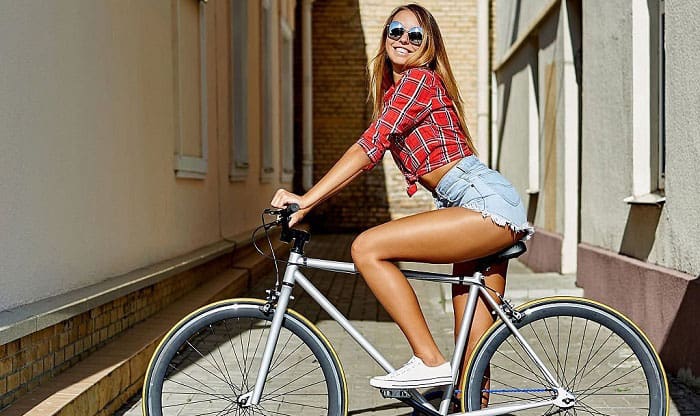 Fixed gear bikes vs single speed bikes both enjoy the basic parts of a bike. These types are ideal for commute biking or urban cycling. Both of them only use one gear since they have one front chainring that is connected to a single rear cog.

2. No shaking, mixed or multiple gears

Another thing about fixie vs single-speed bikes, both of these types lack shifting, mixed, or multiple gears. They heavily depend on the rider to take control of the speed as well as the wheel motion by pedaling. The movement of the bike is based on how forceful you pedal during the ride.

Single-speed and fixed gear bikes can provide form and function at the same time. They can give you an effective riding experience without compromising style and design.

Whether you are using fixed gear or single speed, you can enjoy simple, clean, and vintage-looking designs. They normally have retro frames and can easily be customized. You have the option to modify the color of the tires and even the handlebars.

Single-speed and fixed gear are both lightweight. Both of them do not come with extra gears that usually cause the bike to weigh heavily. They are easy to use and simple to operate. You do not need to exert effort to understand their complexity.

Now that you know the similarities between these bike types, it is also important to understand the difference between single-speed and fixed gear. It will help you decide which kind is suitable for your lifestyle.

When you see a mechanical device installed to the rear wheel hub, you are seeing the freewheel mechanism. It lets the rider control their pedaling without affecting the movement of the bicycle. It is made possible because of the structure and complex system of the bearings and springs present on a freewheel or one-speed bike.

Single-speed bikes have a freewheel mechanism while the fixed gear lacks one. With a single-speed bike, you can easily perform coasting or cruising while riding. In this way, your feet can rest and exerting less effort pedaling.

On the other hand, a fixed-gear bike does not have the mechanical device present in a single speed bike. The absence of the freewheel mechanism is replaced by a single gear. This is the major difference between the single speed and the fixed gear.

The gear on a fixed gear bike has a diameter that can fundamentally change according to the requirements of the rider. If you buy bigger gear, you can enjoy more speed and less pedaling.

Another factor that sets these two apart is the braking system. If you are using the fixie bike, you are using the pedals for braking. It requires you to have strong legs, especially during instances that the acceleration is high.

This makes the fixie bikes ideal for tricks and cycling stunts. Also, the lack of a braking system, the front wheel can rotate in a 360-degree range. Meanwhile, a single-speed bicycle has caliper brakes that can go at higher speeds than fixed gear bikes.

Single-speed bikes are good for all kinds of riders but especially beginners. They let you travel long distances and reduce your pedaling frequency. With this type of bike, you do not need to put in a lot of muscular endurance to continue moving.

On the other hand, with fixed-gear bicycles, the motion is directly proportional to the pedaling frequency. If you put less energy on the pedal, your speed and acceleration will also decrease.

Thus, fixed gear bikes are ideal for experienced riders that have built endurance and resistance. It is also excellent for bike training as it will develop your stamina and improve your cycling performance.

Single-speed and fixed gear bikes do not have a specific chain tensioner. It is important to regularly check the chain tension and conduct the necessary adjustments to ensure the bike’s performance. Without the right tensioning, your bike chain can slip or derail. As a result, the rider could get injured.

Single-speed and fixed-gear bikes may look identical, but if you inspect closely, you will find differences between them. The single-speed is easier to use, especially when riding downhill, while the other one offers better control for enhanced safety.

Fixies are perfect for experienced riders, whereas single-speed bikes are great for beginners. Thus, depending on your skill level, you would prefer one type over the other. May this comparison article on single speed vs fixed gear provide you with a better understanding of the two bike types. 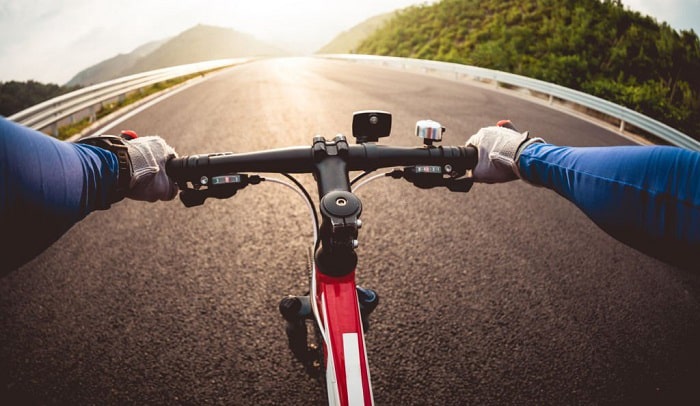 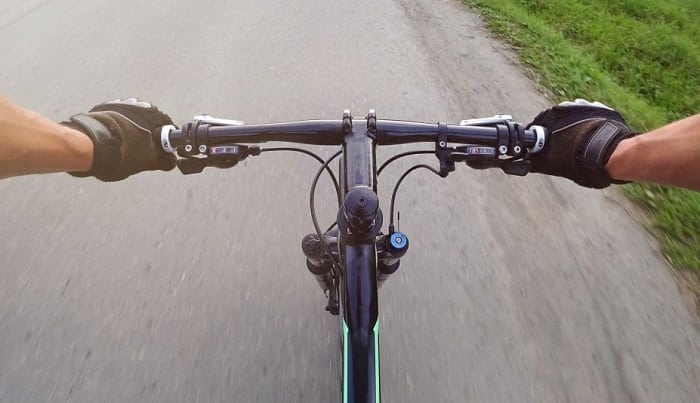 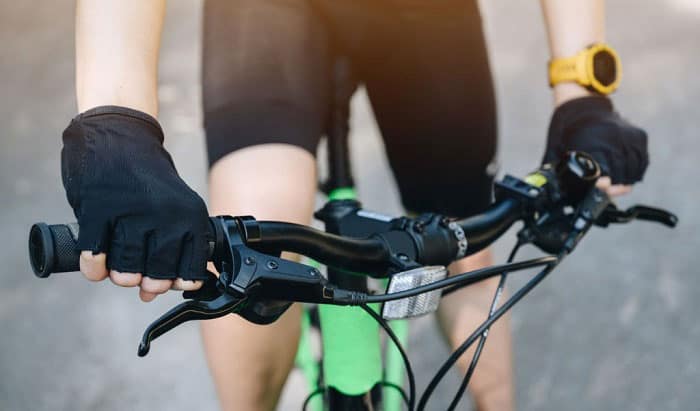 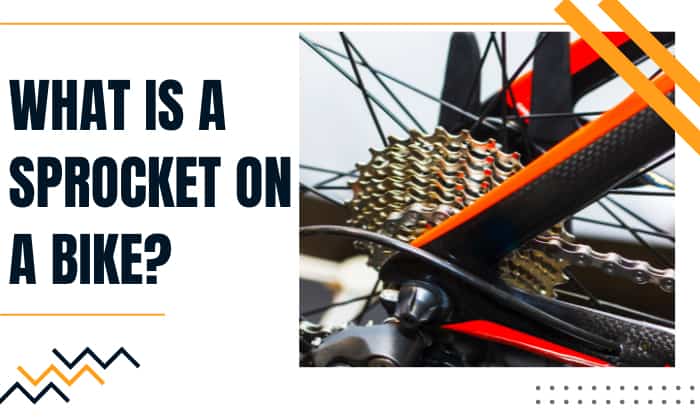 What is a Sprocket on a Bike? – A Bike Sprocket Guide

Some might think that wheels are the most essential components of a bicycle. But a bicycle wheel will not function … 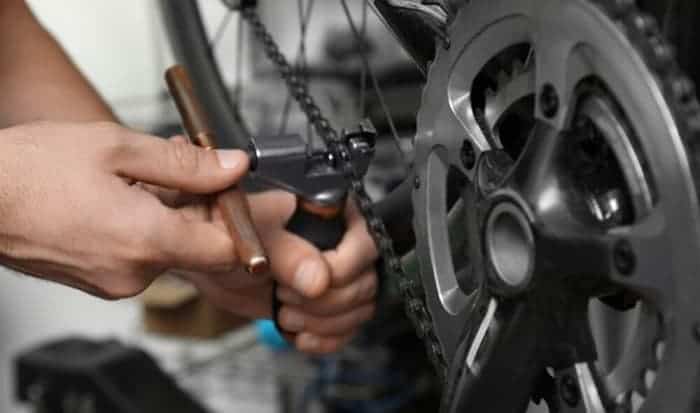 Replacing a broken bicycle chain is more effortless if one has the best chain breaker tool in hand. Chains are … 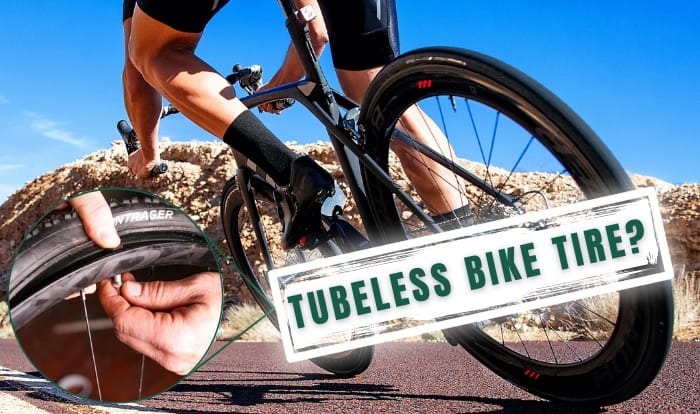 What is a Tubeless Bike Tire? Answer Will Surprise You!

What is a tubeless bike tire? Well, it’s exactly like the name suggests. They’re bike tires without tubes. That’s the … 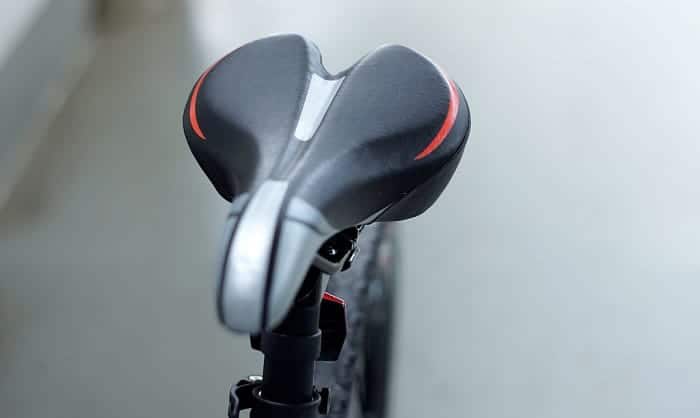 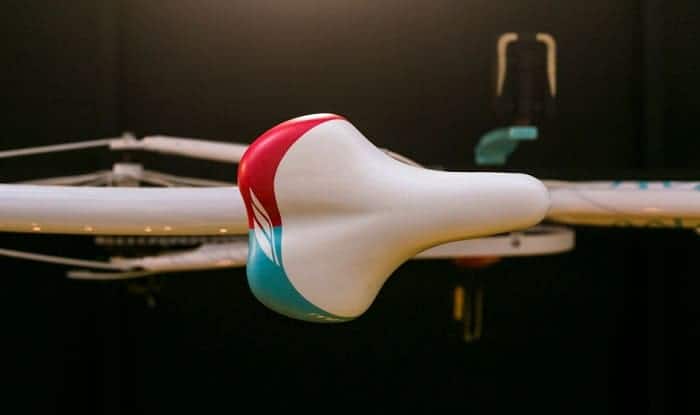 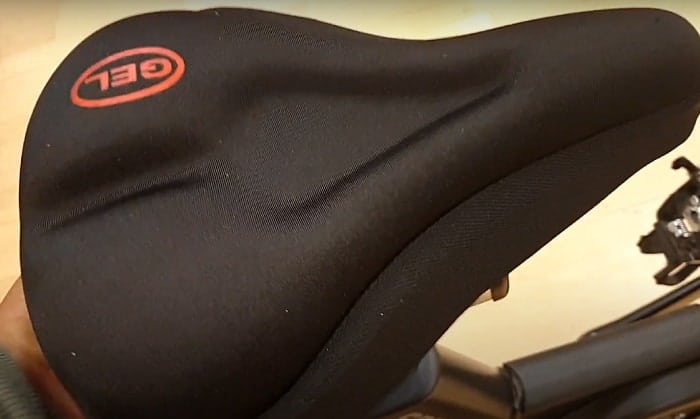 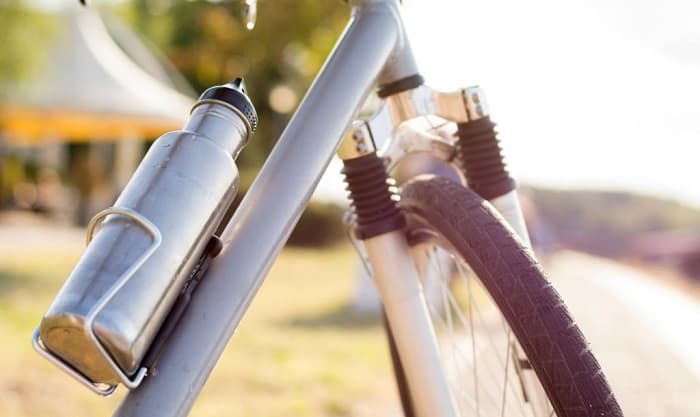 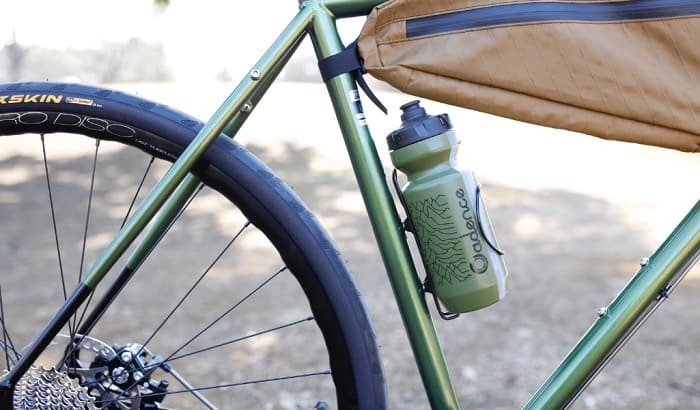 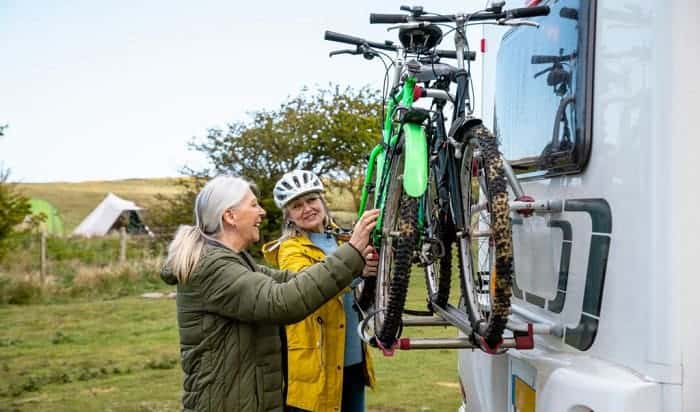 How to Put a Bike on a Bike Rack? – The Easiest Way Tutorial

Do you love to go on cross-country trips and take your bike with you? Well, you can conveniently bring your … 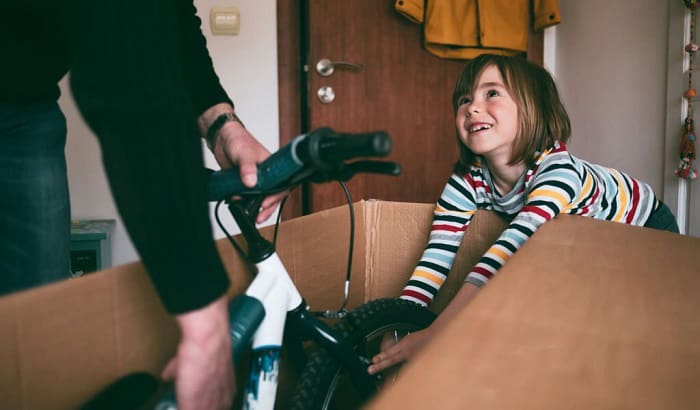 How to Pack a Bike for Shipping? – Only 4 Easy Steps

If you are traveling outside your country and want to bring a bicycle, carrying it as luggage can be a … 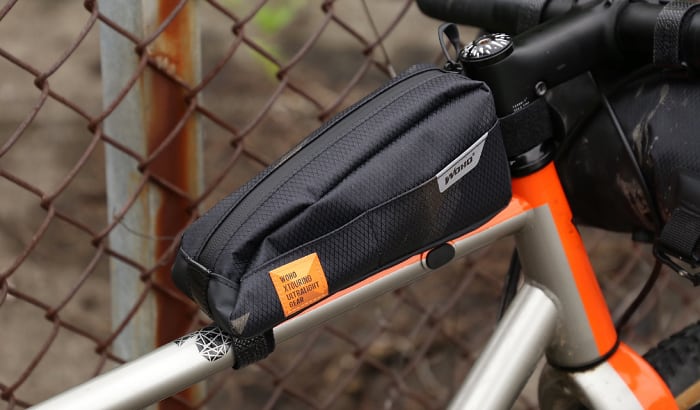 The Best Top Tube Bags for Your Biking Adventure

We always love to bring our favorite items during a trip across the country. That’s why it is crucial to … 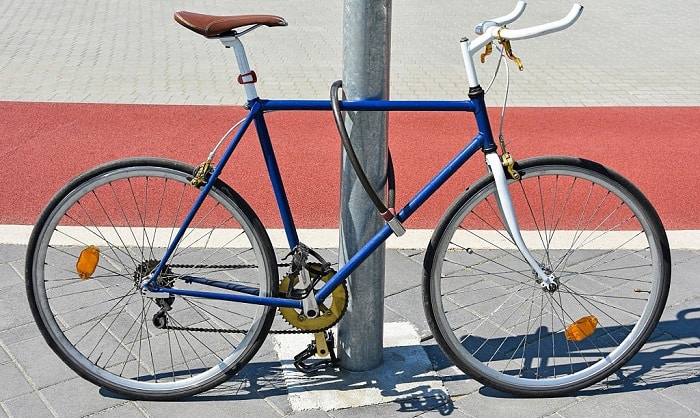 Where to Put Your Bike Lock While Riding

Bike locks are some of the greatest inventions in the biking industry. It does only protect your bike from bike … 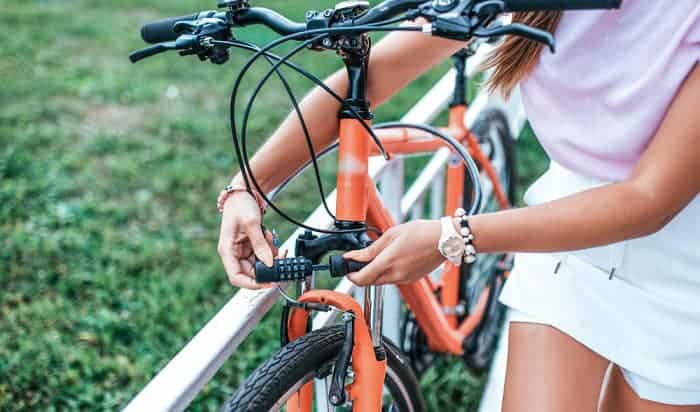 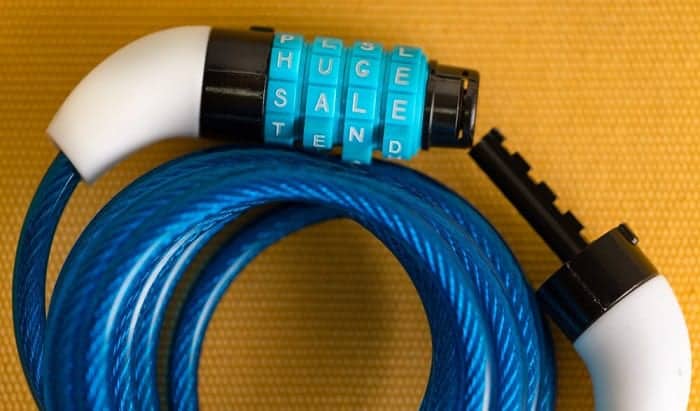 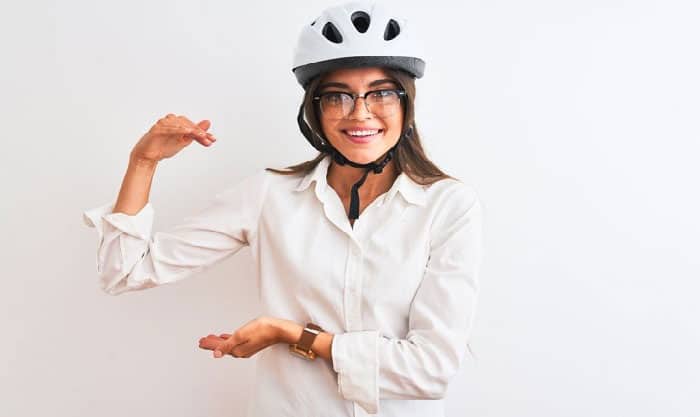 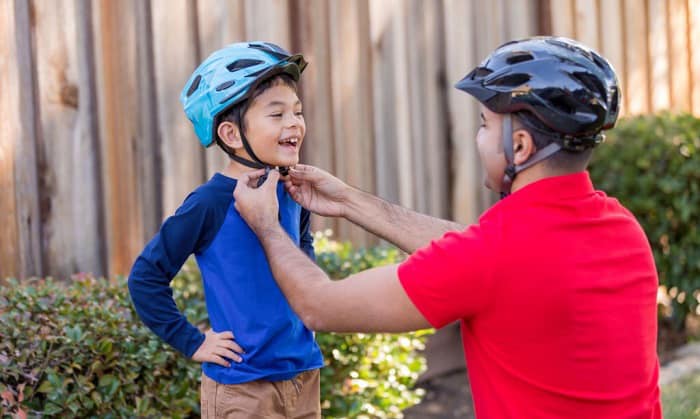 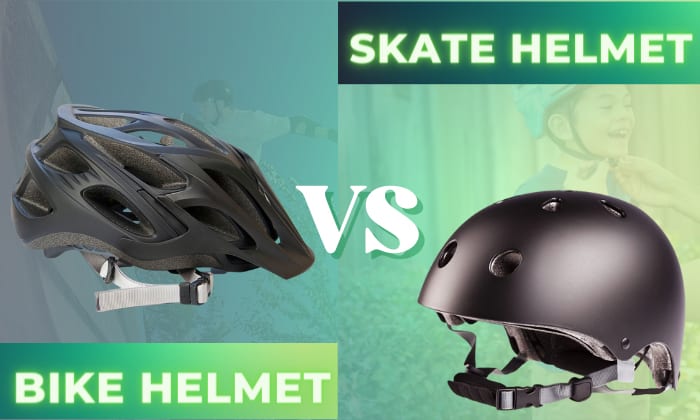 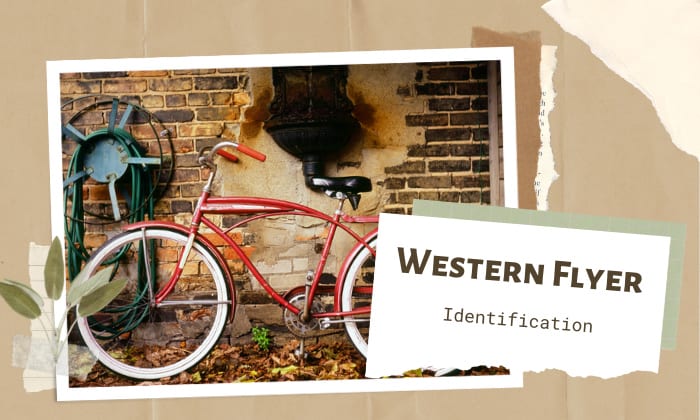 Western Flyer Bicycle Identification: Here’s What To Do 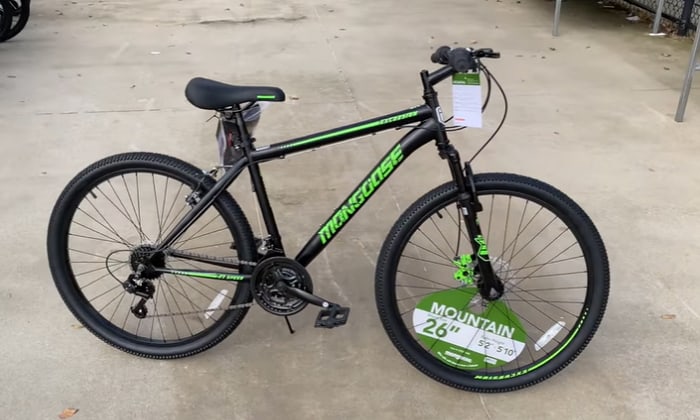 Whether you’re shopping for a bicycle for the first time or replacing an old one, getting the appropriate size is … 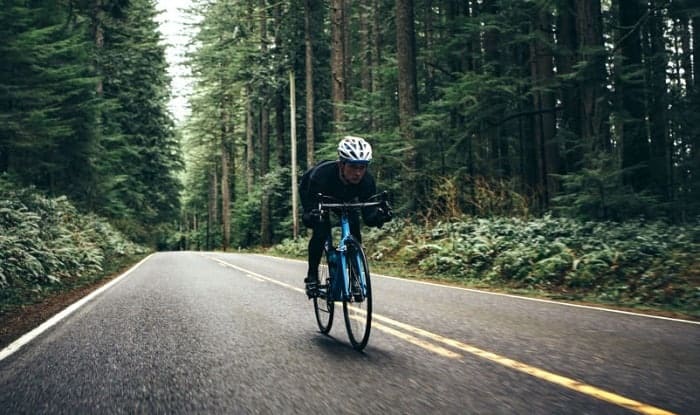 How Many Miles Can I Bike in a Day?