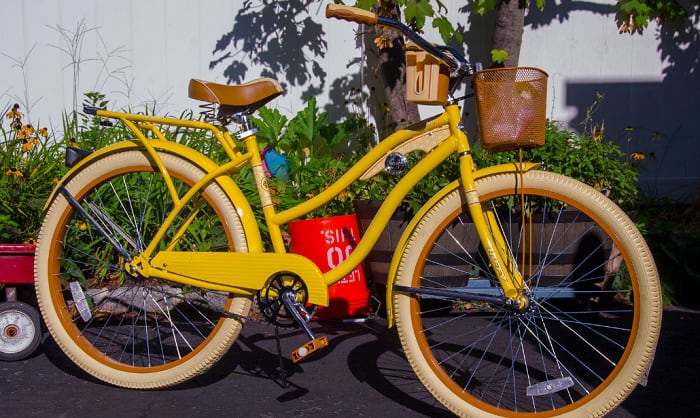 Huffy has been around in the cycling industry for more than a century now. It is a bicycle manufacturing brand that started in the United States and is renowned for producing entry-level bikes.

Since it has been in the market for such a long time, it comes with a portfolio of vintage Huffy bicycles worthy of a collector’s item. Getting the brand’s old-school classic designs with a retro appeal can fetch quite a hefty price.

So, how much is a Huffy bike worth? Unrestored vintage radio bikes with a working radio can cost as much as $1,500 to $2,500, and the price varies depending on model and generation. For more details, continue reading this page to know the value of an old Huffy bike today.

Huffy Bikes Through the Years and Beyond 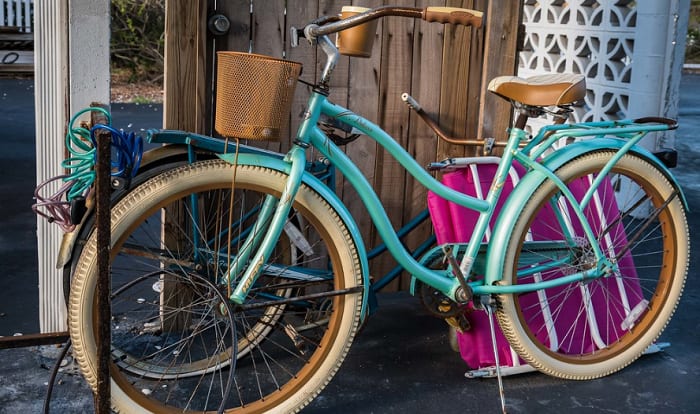 In 1892, the Davis Sewing Machine Company initially started manufacturing products for service stations and steel bicycle rims. During the Great Depression in 1934, the company branched out to making bicycles in America.

Since that year, it instigated the revival of the cycling industry in the United States. It became a household name for entry-level bikes under the name Huffy Corporation. The brand produces a series of bike models throughout the century.

Huffy found a great opportunity to produce bicycles during the Great Depression. People during that time were switching to cycling to cut down their transportation costs.

It initially manufactured 12 bikes a day, but as the Depression worsened, the company was able to produce 200 bicycles per day. More and more people embrace cycling in their daily commute making Huffy bicycles a necessity.

In the 1940s, Huffy Corporation introduced bicycles that could cater to both men and women. Its products can also accommodate people of all ages – adults, and children. Huffy bicycles were also affordable, allowing the company to target a wide range of markets.

Since that decade, Huffy has been a key player in the cycling industry specializing in kid’s bicycles. With the introduction of Huffman Dayton Streamliner and Huffy Convertible Bike, the company became the largest bicycle manufacturer across the world.

The 1950s was a Golden Era for Huffy Corporation. During that time, the company observed a growing interest in stylish and comfortable bicycles with outstanding features. Thus, it started to introduce to the market radio bicycles or the Huffy Radiobike.

The Huffy Radiobike was a hybrid of automobile and radio. During that time, these two were the major interests among Americans. The bike comes with an antenna on the rear side and a radio sitting up into the bike’s tank. This specific model was an object of envy among kids during that decade. However, only 8500 radio bikes were made and only became available for less than three years. 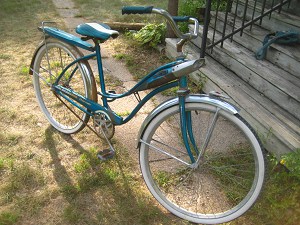 Huffy Corporation did not stop producing innovative and hyped products. The Dragster drew attention as one of the best 1960s Huffy bikes. The model comes with 20-inch wheels, a standard ‘banana seat’, and high handlebars. It was one of the coolest bikes ever invented by the company at that time.

At the beginning of the 1970s, Huffy shifted its focus to manufacturing children’s bikes. It was still a leading bike manufacturer in the world and continued to create innovative bicycles. The Scout, The Monoshock, and The Thunder Trail, and Silver Thunder were the 1970s Huffy bicycles. 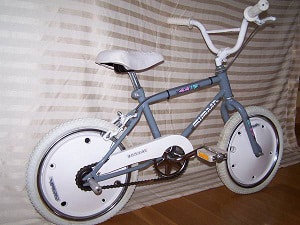 This decade was another breakthrough period for Huffy Corporation. During this time, the company’s bicycles were used for the 1984 and 1988 Summer Olympics. It also started manufacturing BMX bicycles, and road racing bicycles. The Sigma, a 20-inch bicycle with hand brakes and disk wheel covers, was a favorite 1980 Huffy bike.

The 1990s were also considered as the Warner Bros Era for Huffy bicycles. This was when the company introduced cartoons into their products and still specializes in children’s bikes.

The brand included Warner Bros characters like Looney Tunes. Over the decade, Huffy also incorporated Disney Princesses, Thomas the Train, and other characters to some of its bicycle models. 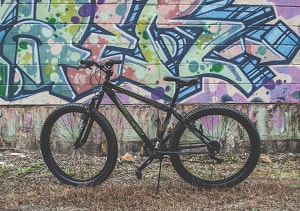 Throughout the years, Huffy Corporation continues to introduce brand new products to its market. But it did not get away from manufacturing children’s bicycles to professional road biking products.

Even though it has lines of other models like the BMX line, Ironman line, and scooters, its brand continues to be famous among young bikers and entry-level cyclists. Its reputation did not get away from the bike manufacturer specializing in kid’s bicycles even today. Among the products in this period are The Micro Scooter and The Green Machine.

During this time, Huffy Corporate stock price went down to almost 40%, and was exposed to a serious financial crisis. In 2004, the company filed for bankruptcy protection under the US Bankruptcy Code.

What Is the Value of Your Huffy Bike

Since the company created top-of-the-line children’s bicycles, most collectors nowadays hunt for Huffy bikes introduced from the 1960s to 1980s. Over the years, antique Huffy bikes increased in popularity among bike collectors.

They collect restored and repainted bike models, as well as advertising paraphernalia like posters, brochures, catalogs, among others. You should look for Huffy bicycles antique marks with large block letters to know the real vintage Huffy bike value.

Some Huffy bike models are more expensive than other model series that were released. The huffy bikes that were released in the 1990s can only cost around $300 or less. While other Huffy classic bikes like the Huffy radio bike from 1955 can come with a staggering price.

The Radiobike can sell from $1500 to $2000 online, depending on the condition and appearance. It is the brand’s model limited release with only 8,500 of total production. The color also matters for this particular model. The green model has more value, and the blue is the ultimate find.

Huffy bicycles are world-renowned. The company was instrumental in revolutionizing the cycling industry since the Great Depression. Finding old Huffy bike models, especially from its most productive years, is rare nowadays. Thus, you are lucky enough if you own one Huffy vintage bike. The product is a unique find given that it holds history and value, reflecting the brand’s long term commitment to manufacturing bicycles.

Hope this article on how much is a huffy bike worth provides information that you need. Let me know if you need anything else and don’t forget to rate 5 stars if you like my content.